May 25th and that Crazy Moon Speech 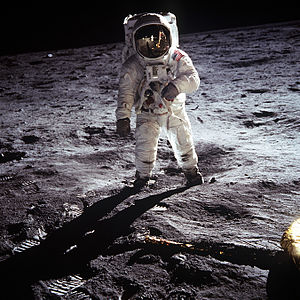 Many of use 'Boomers' remember the Kennedy years and the race to get a man on the Moon. I read something the other day on the anniversary (May 25th) of Kennedy's famous Moon Speech that really struck me. Seems that NASA, let alone Kennedy, had no idea at the time about how to do it!

Kennedy needed something hopeful and positive after the Bay of Pigs disaster and the clear sentiment that the U.S. was way behind in the Space Race. You can read Kennedy's words in a different light with that knowledge:

So let's celebrate the date and the spirit! To see the whole article, go to: